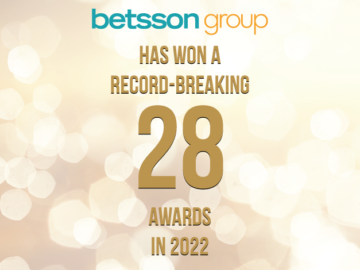 Betsson Group has had an exceptional year in 2022, winning a record-breaking 28 awards across a range of categories. This year, Betsson has truly shown its dedication to excellence in fields such as sportsbook, casino, marketing, affiliation, customer services, communications, diversity in the workplace, and employee experience.

One of the highlights of the year was Betsson’s success at the Women in Gaming, Diversity Awards, where the company won an impressive three awards. Betsson was named Company of the Year, recognizing its commitment to diversity and inclusion in the workplace. The company was also recognized as the Best Diverse Place to Work, highlighting its efforts to create a supportive and inclusive environment for all employees. In addition, Betsson won the Innovation in Employee Engagement award, recognizing the company’s efforts to keep its employees engaged and motivated.

At the SiGMA Asia Awards, Betsson was named Online Operator of the Year, and at the Swedish Gaming Awards, the company won the Customer Satisfaction – Marketing award. Betsson was also recognized as a great place to work at the International Gaming Awards.

Overall, Betsson Group’s success in 2022 is a testament to the hard work and dedication of its talented employees, who have helped the company excel in a wide range of areas. We are incredibly proud of all of the awards won this year, and we are committed to continuing to provide the highest quality products and services to our customers.