Betsson announced a strategic alliance with the National Association of Professional Football (ANFP) to be the official naming sponsor of the Chilean First Division football league. 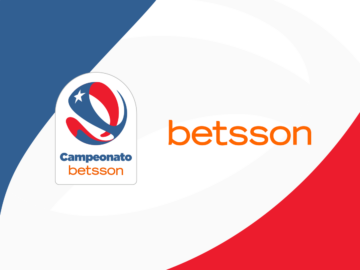 The international online gaming operator, Betsson, has announced a strategic alliance with the National Association of Professional Football (ANFP) to be the official naming sponsor of the Chilean First Division football league. This partnership confirms Betsson’s commitment to supporting the development of sports at a local level together with the ANFP.

The National Association of Professional Football (ANFP) and Betsson, a global leader in sports betting and online casino with a rich history spanning over 60 years, have entered into a sponsorship agreement for the Chilean First Division football league. As a result, the tournament will be officially known as the Campeonato Betsson. This agreement was signed on the eve of the upcoming edition of the Campeonato Nacional, signaling the beginning of a new chapter for the competition.

This alliance serves as a reaffirmation of Betsson’s commitment to the Chilean market and its support to the development of soccer in the region. This new sponsorship builds on the success of Betsson’s previous alliance with the ANFP, which includes the sponsorship of the Ascenso Betsson tournament during the 2022 season, as well as the support for other tournaments on the continent such as the men’s Copa America in 2021 and the women’s in 2022.

“We are pleased to sign this alliance with Betsson and are confident that the agreement will serve to enhance the promotion and development of Chilean football and of our tournament. We look forward to the 2023 competition, set to commence this Friday, which we are sure will be a highly engaging and captivating experience for the fans, as a result of the high stakes and the clubs’ efforts to be the leading contenders,“ stated ANFP President, Pablo Milad.

“Through this latest collaboration, we are steadfastly reinforcing our commitment to support the development of football in Chile. It is evident that the advantages of this partnership are mutual, as these alliances allow the tournament to advance and flourish, while also enabling our brand to strengthen its preeminent position within the region” said Ronni Hartvig, Chief Commercial Officer of the Betsson Group.

The executive also stated that Betsson, in collaboration with the ANFP, will implement various actions to promote responsible gaming and to uphold fair competition. The objective of these efforts is to further raise awareness among the public that online sports betting is a form of entertainment that should be enjoyed responsibly and safely by all those involved in the industry and football.

The Campeonato Betsson sponsorship marks a significant milestone in Betsson’s trajectory in Chile. The online operator was previously the official sponsor of Colo-Colo during the entire 2022 season and the official betting partner of the Chilean National Team during the World Cup qualifying process, becoming the first sponsor of its kind for La Roja. Additionally, Betsson also sponsored the Campeonato Ascenso, known as Ascenso Betsson, for two years until 2022.