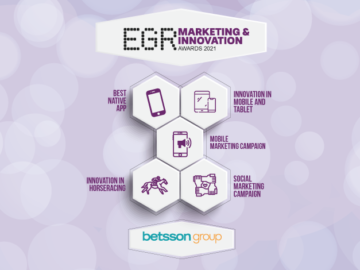 These awards reward the most innovative and creative operators and affiliates in the online gaming industry, recognising those who have pushed themselves to bring something new to the industry in the last 12 months. The awards were held virtually last evening – usually, the glamorous award ceremony is an in-person event in London.

In line with EGR’s pledge to make the judging process the most stringent in the industry, the EGR Marketing & Innovation Awards voting process was adjudicated by Deloitte. This ensures that the judging process is completely transparent, and the winners clearly demonstrate the innovation and commercial success required to be rewarded with this honour.

When analysing all the nominations the judges looked at the period between April 2020 – April 2021.

By winning the ‘Best native app‘ award, Betsson Group has demonstrated that it has developed a market-leading native app over the course of the past 12 months. Entries for this category were from any product vertical and judges looked for evidence of innovation, the strength of the product, revenue growth, and customer acquisition. When selecting Betsson as the winner, the judges commented:

– Slick and ergonomic design with UI/UX in mind. With new games launched weekly, returned play is incentivised. Along with personalised content, players build a profile they would want to return to.

– Great to see that the creators looked around for examples outside of their competition and the industry, and didn’t just concentrate around features available among main competitors.

Similarly, Betsson won the ‘Innovation in mobile and tablet‘ award as it was the operator that demonstrated the most innovation in mobile across any of the main verticals in gaming through product, marketing, and/or technology. The judges looked at commercial success and business growth, differentiation and originality of product, market innovation, and the impact on customer acquisition and retention. When deciding to award Betsson, the judges said:

– Great success in terms of app rating – sign they are doing things right. They also have more choice than others, however, haven’t forgotten about personalisation.

Another great win was the ‘Innovation in horseracing‘ which Betsson Group has won through its horse racing brand, Racebets. This category rewards the operator that demonstrated the most innovation in horseracing through product, marketing and/or technology and key criteria included; First to market innovation, commercial success and business growth, impact on customer acquisition and retention, and offering personalisation and/or control to customers. When awarding Racebets as the winner, the judges commented:

– Excellent product, with more enhancements than last year. Sure to be a significant player in Latam.

– Racebets is developing nicely and has some good features. Being horse racing focused the experience is well-tailored allowing customers to track horses.

For the second consecutive year, Betsson Group has also won the ‘Mobile marketing campaign‘ award with its brand Betsafe. The award shows Betsafe as the one that demonstrated the most successful and innovative marketing campaign across its mobile channels. The judges looked for creativity, originality and quality of execution as well as proof of ROI. They also analysed the commercial success of campaign, looked at the direct results of the campaign in terms of acquisition, revenue, etc. and chose a mobile marketing campaign that achieved its core objectives and enhanced the brand’s values. When selecting Betsafe as the winner, the judges said:

– This is what it’s all about! Innovative outside-the-box thinking with outstanding results well done Betsafe

The fifth award that Betsson Group won in the evening was the ‘Social marketing campaign‘, designed to reward any entrepreneurial social marketing initiative and/or innovative new product or brand development that demonstrated new thinking and which can boast significant success. Its key criteria included the campaign’s commercial success, originality and creativity, results, and the achievement of its core objectives. When choosing Betsson Group as the winner, the judges commented:

– A reputable and philanthropic endeavour from Betsson, raising money for a location badly affected by COVID. With the majority of volunteers and donations being received from Estonian sources, the use of local athletes makes the campaign more personable. The campaign also encourages sharing. This lets people show off the good they’ve done and increases the campaigns’ organic visibility.

– It’s not just an example of Social Marketing, but a Socially Responsible campaign. Might be a rare situation when a gaming brand was not just promoting their brand or product but was truly working for the better of the community. 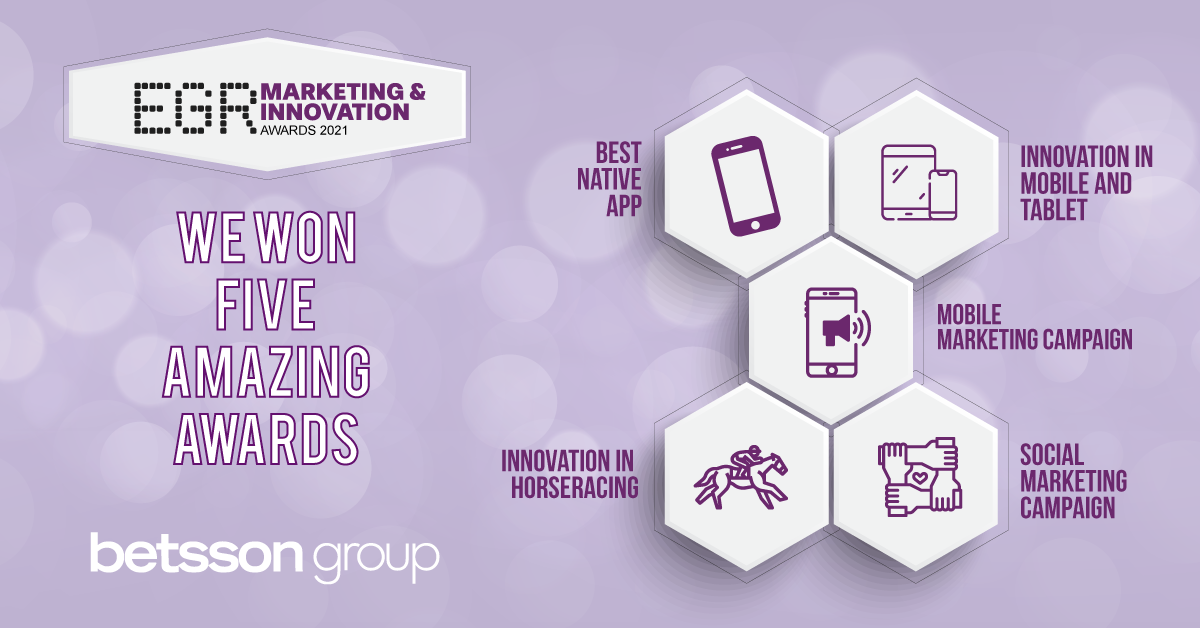